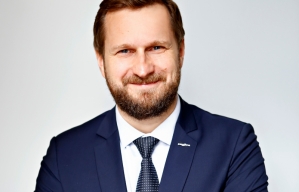 The payment system Paysera LT has recorded financially successful results for 2019. Over the past year, the company’s unaudited net profit, compared to 2018, grew by more than 20%, reaching 2.3 million euro.

“Looking at the financial metrics, we can say that this was the most successful year throughout all of Paysera’s history. We grew in practically all areas, starting with profits, income, and ending with the number of employees. Income grew most from our main services – payment collection and currency conversion. Other important steps in the market also contributed, such as establishment throughout the Baltic States and Eastern Europe – Estonia joined our partner network, as did Romania a little later. We do everything based on our long-term strategy – that is the main reason for our successful financial results,” Paysera LT CEO Vytenis Morkūnas says.

Over 2019, the company’s income grew by a little over 15%, reaching 11.06 million euro. A significant jump could be observed in the increase of active clients – reaching more than 80%, and alongside this there has been a growth in the number of payments performed by clients, as well as the sum of money held: overall, 2.7 million transactions were made through the Paysera payment system, totalling 5.9 billion euro (a 50% increase), while the sums held by clients grew more than 75% and reached a total of 200 million euro.

Not only the financial achievements of the previous year are important to the company. In 2019, partners in Estonia and Romania joined the Paysera network. At the moment, the Paysera network is comprised of companies in 5 different countries. Another important step is the purchase of the Trapecija office building in Vilnius and the opening of a large customer service office there. Looking from the service side, the system was supplemented by three further languages, and now services are offered in a total of 11 languages. The Google Pay and Samsung Pay mobile payment platforms were linked to the system, and the mobile app’s functionality was expanded: functions such as savings, donations, bill splitting, business account opening, and integration with the ticket distribution system Paysera Tickets were added. The internal goings-on of Paysera were also eventful: the team was joined by its 200th employee, and in October the company’s 15th birthday was marked.

Despite the positive financial metrics and achievements, according to V. Morkūnas, last year was not easy. “The market is filled with challenges and changes we must adapt to – new players, new legal requirements, numerous money laundering scandals erupting in Estonia and Latvia, which also impacted the Lithuanian financial market participants. We must be flexible and prepared to adapt. Good financial results grant more opportunities to be not only dynamic but also invest in products – the improvement of existing ones and the creation of new ones. We seek to be a daily financial helper, regardless of whether you are a private or business customer. We want to offer products which will help ensure our clients’ financial stability. All of these will be our main goals for this year,” the CEO says.

UAB Paysera LT is the first licensed electronic money institution in Lithuania and one of the largest Fintech companies in Lithuania. The company has been successfully operating in the financial sector since 2004. Paysera LT is part of the Paysera Network which includes 5 companies registered in Lithuania, Latvia, Estonia, Bulgaria, and Romania. The services of Paysera LT are provided to +400 thousand customers in more than 180 countries.